by Rob Andrews with paraphrased content from The Abilene Paradox by Dr. Jerry Harvey published December 6, 2014

We’ve spoken of the Abilene Paradox, and how recognizing its symptoms is key to avoiding painful and all too common trips to places no sane person wants to go. The Abilene Paradox occurs when a group of people agree on a course of action that is in direct conflict with the true wishes of many or all its members. It involves a common breakdown of group communication in which individual members mistakenly believe their own opinions run counter to the group’s and, therefore, do not provide honest feedback.

When making decisions, groups that fail to manage agreement display six specific characteristics, all of which were present during the Harvey family’s painful trip to and from Abilene:

From 1984 to 1991, I worked for National Convenience Stores, then the third largest convenience store operator in the world. For much of that time, I led their largest operating division, 516 stores that stretched between El Paso and West Palm Beach. It was a fantastic job I thoroughly enjoyed, and I still enjoy many relationships that were forged during that time. On balance, we had great locations, great facilities, great executive talent, and a decent strategy. Certainly, we had enormous potential; more of which would have been realized had it not been for repeated trips to Abilene.

Our CEO, one of only two chief executives in the company’s history, is one of the most capable men I have known, and one to whom I will always be grateful, as he afforded me tremendous opportunity. He was however prone to trips to Abilene for several reasons. First, he didn’t particularly like the C-Store business and didn’t appreciate its fundamentals. Second, he had the propensity to chase shiny objects. In other words, he was always looking for a homerun. Third, he had a leadership group that was not a team, rather a group of extremely bright, exceptionally talented individuals, jockeying for position and competing for resources. During my seven years with NCS, we took many day trips to Abilene. I site three long and extremely costly trips, each of which could and should have been avoided.

The first trip to Abilene during my tenure took place between 1984 and 1986 when we opened 150 “Hex” stores, many of which were opened on ill-suited properties. Hex stores were large hexagonally shaped stores with huge gasoline instillations designed and built to attract women and older shoppers. Hex stores, which were twice the size of our conventional stores, were remarkably successful when built on the right real estate. The problem was a commitment to open fifty new Hex stores in 1986, when most of the available sites were specified and acquired for conventional stores. No one on the senior leadership team wanted to build these larger stores, which cost twice as much to build and operate as a conventional unit. Because the CEO had made a public commitment, the stores were built, and millions of dollars in losses resulted. By 1988, all senior leaders said they wish they had been more vocal in dissuading the CEO from building Hex stores on conventional store sites.

The second trip was in 1988 when a new Vice President of Marketing conceived a consumer promotion still lamented 30+ years later as “The Black & Decker Debacle”. The promotion was intended to build customer traffic by issuing a ten-spot punch card to customers who would receive one punch for an eight-gallon fuel purchase, double punches for premium. When customers received ten punches, they received a Black & Decker item with an average cost of $20. Two senior operators voiced concerns that the margin on fuel purchased on each card could not exceed $8 so the average loss to the company would be $12 per card. The 16-week promotion went forward and was abruptly discontinued after 6 weeks at a cost of $9 million and the loss of substantial customer loyalty. A postmortem revealed that several senior leaders felt uneasy about the promotion but were reticent to voice their opinions because the enthusiasm levels were so high, and their desire to support the new VP of Marketing.

A third and even more costly trip to Abilene took place in 1989 when a new Vice President of Advertising championed a major initiative around “Great Sandwiches”, designed to energize NCS’s Houston customer base, where it operated five hundred stores. The playbook called for 430 retrofitted checkout counter sandwich cases, a new $3 million commissary, and a fleet of delivery trucks with “Great Sandwiches – Made Fresh Every Day!” plastered all over the sides. Now the pesky details: The average store sold six sandwiches a day prior to launch, at an average retail of $.99, or a little over $2 in 2020 inflation adjusted dollars. Breakeven on “Great Sandwiches” was forty sandwiches a day at $5, or a little over $10 in inflation adjusted dollars. This grand scheme, which was tacitly supported by all but a few, was discontinued after less than a year at a total cost of over $12 million. Those few who voiced concerns are still lamenting this horrific and painful trip to Abilene, and not being more vocal about their misgivings.

In the rear-view mirror, these trips are almost comical. In real time, they were unbearable, and had significant negative impact on the organizations’ financial health. In a company that generated $25 million in cash flow during its best year, these three trips to Abilene conservatively cost the company over $30 million.

According to Harvey, the absurdity of the Abilene Paradox can in large part be attributed to irrational and yet common human behavior including action anxiety, negative fantasies, and separation anxiety. Confronting and avoiding trips to Abilene requires creating and nurturing an environment in which healthy conflict is celebrated and psychological safety encourages challenging assumptions, offering alternative solutions, and avoiding rushes to judgment. If this material causes you to think there may be some paradox at work in your organization, we’d love to help. Give us a call. 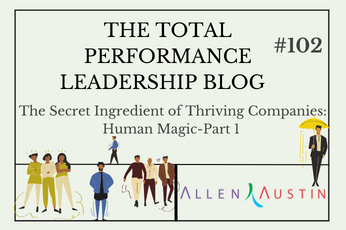 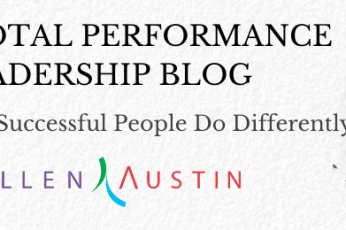