Too few companies recognize the monumental improvement potential of the 360-degree feedback process. Often, after shopping around and deciding on a 360-degree feedback instrument, talent professionals administer it to colleagues of participants. After aggregating the data, those same professionals send a summary report to the leaders, who read the report with some interest and put it away.

In this scenario, little, if anything, changes. The mindset of the leaders who received the feedback report isn’t altered. They don’t change their behavior. Organizations that take the process more seriously, of course, get much better results. The 360-degree feedback instrument itself may be exactly the same, but the way it’s administered is what matters. Zenger and Folkman recommend the following for optimal results:

There are many reasons to follow a process that looks more like this one. In Zenger and Folkman’s thirty  combined years of helping organizations and leaders implement 360-degree feedback instruments, they’ve seen the following benefits of using a similar process.

This is one of the most important outcomes. People with limited self-awareness are often puzzled by the behavior of others toward them. They might wonder, “Why do people not include me in their casual conversations?” “Why do I end up in heated arguments?” “Why was I not chosen to lead this project? I know more than the person they selected.” When a 360-degree assessment is carried out as described above, the leader is able to compare their self-ratings to the ratings from others. Having ratings from multiple people provides greater evidence that this is much more than just one person’s opinion. Combined with accountability, this evidence serves as a strong impetus to change.

In Zenger and Folkman’s experience, leaders are sometimes pleasantly surprised by the differences between their own opinions of themselves and the observations of others. There are usually a few pieces of feedback that are confusing and cause the leader to question, “Why would someone think that?” All of this is part of the expansion of their self-awareness, as they learn more about their strengths and weaknesses. Their world makes more sense.

Leaders who go through a serious 360-degree feedback process will often reflect on a comment or piece of feedback and say something to the effect of, “I’ve heard that before. My significant other has told me that, but I didn’t think it was that important.” But now, when a dozen or more people collectively observe that the leader isn’t a good listener, for example, the message is louder and clearer. The 360-degree feedback process underscores the seriousness and credibility of the feedback.

The anonymity of process means that the feedback was given by colleagues with the understanding that their input would be confidential. The result is far greater honesty and candor. And, they are happy to say that after decades of conducting and reviewing thousands of 360-degree feedback reports, they almost never see messages that are intentionally barbed or mean-spirited.

Improving one’s leadership effectiveness requires behavioral change. A 360-degree feedback process, when done properly, greatly increases the chances that positive change will occur. When leaders find out that others see them differently than they intend or want to be seen, they have an opportunity to redefine how they see themselves or change their behavior. If others tell you that you’re rigid and don’t listen, the next time you’re in a discussion about a topic that pushes your buttons, you’ll be more inclined to catch yourself and listen. And if you continue to argue and hold tight to your views, you’ll be faced with the realization that the others’ perceptions of you were correct.

There’s also an increased likelihood of change if several leaders go through this process together. Social reinforcement makes it easier for everyone involved to be more receptive to new ideas and feedback. This is the same reason that working with a coach can help a leader to change; the coach holds leaders accountable for their commitments to change their behavior, and follows up to see if they did.

Zenger and Folkman’s research has shown that there are specific behaviors that are highly correlated with any competency a person is seeking to improve. For example, their data reveals that people who receive high scores on strategic thinking are far more prone to do the following:

Correlation, we all know, does not prove causation; but knowing specific behaviors that go hand-in-hand with a competency you want to improve provides useful clues about non-obvious ways to become a better leader.

Another motivation for a leader to change their behavior is seeing the impact on measurable outcomes, such as employee engagement and effort. When they understand that altering the way they lead can result in better performance, they’re much more likely to follow through.

For example, the best 360-degree feedback assessments measure the current level of engagement and commitment of the leader’s direct reports. When the connection between the leaders’ behavior and an important metric like engagement is made visible, they better comprehend the consequences of their actions.

Performance improvement beyond a single leader.

When a leader improves their effectiveness, it doesn’t just benefit them or their direct reports. Other people throughout the organization benefit as well. Zenger and Folkman have seen that as one leader improves others are motivated to do the same, creating a ripple effect that lasts over time.

In fact, all levels of leadership in an organization are influenced by the collective capability of the top team. They have seen in their research that if the top team scores just above average in overall leadership effectiveness, each successive layer below them will have lower scores. In contrast, if the top team has aggregate scores at the 80th percentile, it creates an “updraft” in the organization, and scores are higher at every level. This, of course, means that investing in leadership development at the top can pay big dividends. What better influence can a senior team have on a company than to make clear that the top team is collectively working on becoming more effective in their roles?

Companies have continued to use the 360-degree process throughout the years because it works. But for it to have the outcomes outlined above, it must be implemented in a way that engages leaders in the process, so they are compelled and motivated to improve. When leaders learn through feedback whether others’ perceptions of them are different than their own, identify a weakness to fix or a strength to build, and understand if their leadership is affecting the productivity and engagement of their direct reports, they can use — and act on — that information, improving themselves and the company in the process.

Is your leadership self-aware and unified? Let’s have a conversation and share ideas around how you and your leaders can employ 360-Degree feedback to enhance stakeholder engagement, productivity and overall performance across your organization. 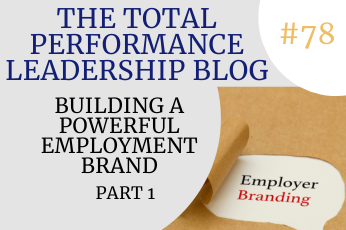 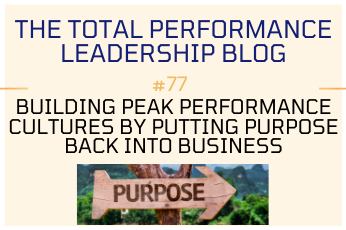 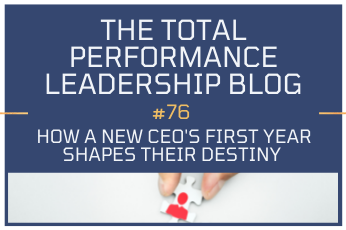