Much has been written about Alcoholics Anonymous, including lessons business leaders can learn from the 87-year-old worldwide organization with over 2.5 million members. Many of my 45,000+ blog readers are close friends, clients, and colleagues who know that I am a recovering alcoholic who has lived comfortably in recovery for almost sixteen years. This post is not about my recovery, but the important lessons I’ve learned from the largest organization in the world in which no one wanted to be a member.

Michael Lee Stallard, President of E Pluribus Partners appeared on Fox Business to discuss his Wall Street Journal Article entitled What CEOs Can Learn from Alcoholics Anonymous. As Stallard says, it might not be an obvious place to look, but CEOs can learn about effective leadership from Alcoholics Anonymous (AA). Beating addiction is no easy feat. 70% of addicts relapse within one year.  Since its founding in 1935, AA has helped millions of alcoholics change their attitudes, language, and behaviors to live without mind-altering substances, and to do so happily.

I have attended approximately 5,000 AA meetings, many of which were at my home group, where, at my favorite 8:30 Saturday morning meeting, the average length of sobriety is 37 years. This statistic surprises many people as they wonder why people who’ve been sober for so long still regularly attend meetings. At first, this confused me as well, but now I get it. I now have a completely different and much broader perspective that has fundamentally and profoundly affected how I see the world. To be clear, I am not encouraging anyone to run out and join AA, but the lessons that can be learned from this unlikely group of recovering alcoholics can be life and career-altering. Here are but a few:

Over 123,000 AA groups facilitate over 500,000 meetings every day in clubs, churches, and schoolhouses. Many clubs also serve food, coffee, and soft drinks and sell recovery-related merchandise. The combined operation seems to run like a finely tuned Swiss watch, without any corporate supervision whatsoever. What keeps the machine running is a clear primary purpose, and a set of twelve recommended steps and twelve traditions.

There are no dues or fees for AA membership and it’s clear to longstanding members that their common welfare comes first because individual recovery depends on AA unity. It is also clear that each group has but one primary purpose – to carry the message to the alcoholic that still suffers. Just as we see in superbly led companies, purpose unites stakeholders and provides for meaningful and rewarding work. AA members with long-term sobriety show up regularly at meetings to support the newcomer who is trying to get sober.

Because AA’s purpose is clear, and the traditions unambiguous, there is no need for policy manuals or rigid rules. Leadership is necessary for any organization, and in AA, it rotates. In large groups, secretaries are elected by group members of specific meetings (like the 8:30 Saturday morning meeting) for six-month terms to select a chairperson to facilitate meetings for a given month. Chairpersons in turn select leaders for the four or five meetings each month. The overall group, of which the individual meetings are a part, holds “a group conscience” gathering each month to determine how meetings will be run. Club facilities, which are often sizeable and may employ dozens of employees are also run largely by elected boards and volunteers. Because leadership rotates and is driven by purpose and traditions, there are no turf battles, everyone gets a say, and trusted servants serving as leaders, as well as members, stay aligned.

AA members often speak of being people who normally would not mix. I am still amazed at the friendships and comradery that exist in AA groups among people with radically different political, economic, social, generational, ethnic, and religious backgrounds. The true diversity and real inclusion that exists within the community because of the primary purpose and traditions that apply to all is a splendid lesson for corporate leaders trying to achieve a truly inclusive culture.

We observe something very similar in organizations that are united by purpose, mission, vision, and values. A powerful purpose unites large and small organizations alike comprised of very different people with widely varying views. The founders of AA went to great lengths to clearly define what the organization stands for and the behaviors it reveres. The first 164 pages of The Big Book of Alcoholic Anonymous, lay out a clear vision for people who aspire to stay sober and live happy, joyous, and free. Everyone who is aligned with AA’s purpose and is willing to live by its traditions is likely to experience an environment in which they feel loved, valued, heard, and engaged. They will also have their imaginations fired, find new purpose and form lifelong friendships with people who look, think, and believe very differently in other areas.

The first step for members of AA is to admit that their lives have become unmanageable. Change begins with admitting there is a serious problem and recognizing that resisting change will result in major pain while changing will result in living happy joyous and free. Another way to think of it is that the future pain of resisting will far outweigh the short-term pain required to make positive change. CEOs must invest sufficient time and effort to persuade people that continuing in the current state is undesirable and that there will be major pain unless a change takes place.  Only when people have this perspective, will they really commit and give their best efforts to change.  Furthermore, CEOs need to manage expectations by letting people know change will be difficult but well worth it.

According to Stallard, too many CEOs skip this essential step.  They issue orders that are then executed in a lackluster fashion and with little resolve to persevere. It’s no wonder then that their change efforts don’t get very far before losing steam. To be effective, a leader needs to deliver a message to his or her constituents that gets people out of the stands and into the game. Stakeholders must believe that the senior leadership team believes what they’re saying, know where they’re going and that there is something in it for them.

My favorite leadership author is John Maxwell, who says leadership is influence; nothing more, nothing less. He advocates for a simple leadership model he calls the four M’s: Model, Mentor, Motivate and Multiply. It’s an elegantly simple model that I see live in AA routinely. Maxwell says the best way to become a person of influence (the title of my favorite Maxwell book) is first to model the right behavior, then to mentor those for whom you’re responsible, and then motivate and multiply your efforts.

In AA, most of us who’ve been around for a while, have learned from people who have come before us and who model behavior, which we believe is effective and attractive. I often hear members say something like: I listen carefully to what they say because they have what I want. I think back to the first leader I observed as a young Safeway Store Manager in the mid-seventies. Don Gates was a fiery and passionate retailing executive who epitomized high-performance leadership. He was a high school graduate who often talked about spending ten years as a produce department manager. Don was hardly out of central casting, and yet he had every conceivable attribute necessary to be an exemplary leader. When Don left our division to take over the reins in Butte, a thirty-nine-store division regarded by many as a starter division, he made dramatic improvements in-store performance, and the division made money for the first time in many years. Upon his retirement age 78, he had set records in four other divisions and is still widely regarded as one of the best division presidents in company history.

I sincerely hope this post adds value and lifts your day. Give us a call and let’s have a chat. 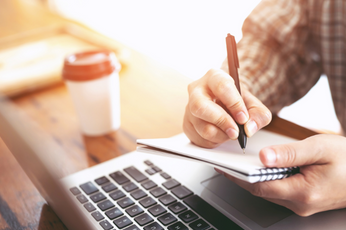 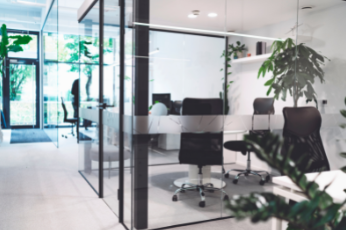