TPL Insights: Building Peak-Performance Cultures #121 To Get Results, the Best Leaders Both Push and Pull Their Teams

With paraphrased content from Joseph Folkman’s HBR Magazine May 2021

When you see a task that needs to be accomplished by your team, do you “push” them to get it done or do you “pull” them in, giving them a say in how they carry it out and using inspiration and motivation to get them going? These are two very different approaches to reach a goal, and the latter is often the best one, but knowing how to combine these two paths is an important skill for managers and leaders.

Take this example from a client of Joseph’s. There had been an ongoing discussion about the company’s policies around the environment and sustainability. The CEO had allowed debate and encouraged everyone to weigh in. The CEO strongly supported the need for change but allowed time for ample discussion (using the pull approach). However, two members of the executive team were naysayers and dragged their feet on enacting any of the proposed initiatives. After two months of inaction, the CEO announced to the team that the company was going to implement two initiatives and stated that everyone needed to get on board (moving to the push approach). One of the executives balked at this and made clear he wouldn’t support the initiatives. The CEO terminated him by the end of the week (using the ultimate push approach).

Leaders who are willing to try hard with pulling but ultimately resort to a strong push provide a good example of the power of the combination of these two approaches. Pushing too hard can erode satisfaction but, at times, is needed, especially when pulling just doesn’t work.

In Folkman’s research, his colleague Jack Zenger and he identified two leadership behaviors directed at the same end goal but utilizing opposite approaches. They call one behavior “driving for results” (push), and the other “inspiring and motivating others” (pull). Here’s what that means.

When a leader identifies a goal that they want to accomplish, there are two distinct paths to get there.

Pushing involves giving direction, telling people what to do, establishing a deadline, and generally holding others accountable. It is on the “authoritarian” end of the leadership style spectrum.

Pulling, on the other hand, involves describing to a direct report a needed task, explaining the underlying reason for it, seeing what ideas they might have on how to best accomplish it, and asking if they are willing to take it on. The leader can further enhance the pull by describing what this project might do for the employee’s development. Ideally, the leader’s energy and enthusiasm for the goal are contagious.

They also asked the people rating those leaders (over 1.6 million people) which skill was more important for a leader to do well to be successful in their current job. Pulling (inspiring others) was rated as the most important, while pushing (driving for results) was rated as fifth most important.

Understanding What People Want and Need

While Folkman’s data is clear that most leaders could benefit from improving their ability to pull or inspire others, his research revealed that leaders who were effective at both pushing and pulling were ultimately the most effective.

Folkman gathered 360-degree assessment data on 3,875 leaders in the pandemic. In this analysis, they did the following: 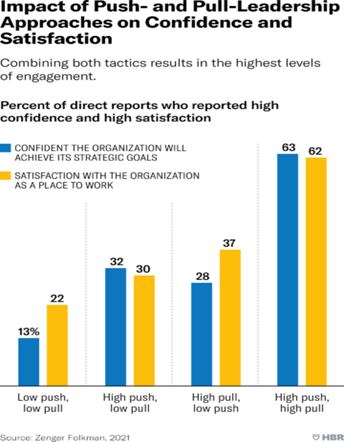 Bringing Push and Pull Together

As many leaders across the globe grapple with retention and how to prevent their employees from joining the Great Resignation, they’re asking themselves hard questions. How do you motivate people to stay? How do you encourage them to increase their efforts? What is it they really want and need from their work environments?

Over the past few years, there has been a call for leaders to be less demanding and more empathetic toward individual employees. More pull, less push seemed to be what’s needed to retain talented employees. While Folkman agrees with this sentiment, this data also offers a clear warning. Your efforts to increase empathy shouldn’t diminish your ability to, on occasion, push when needed. As the data shows that it can be a strong force that builds confidence.

In fact, your influence as a leader comes from your ability to know when to use which approach, depending on the task, the timing, and the people. So next time you’re trying to accomplish a significant goal, consider whether your team really needs a good push, a big pull, or perhaps both.

Our work at Allen Austin is all about building cultures of peak performance. Folkman’s observations are clearly valuable. I am compelled to add that leadership that leads to a mega high-performance culture consistently supports the firm’s purpose, mission, vision, and values. When a company’s CEO and senior leadership team have done the hard work to articulate their values and their supporting behaviors, these kinds of disciplinary actions are rarely necessary. When firing an executive is required, unless it is for cause, the termination should be done to reinforce the firm’s values. In other words, your purpose, mission, vision, and values are your guiding principles, around which all employees should be screened, hired, evaluated, rewarded, and disciplined. Please give us a call if we can help. We’d love to be your thought partner. 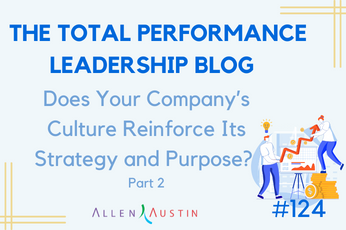 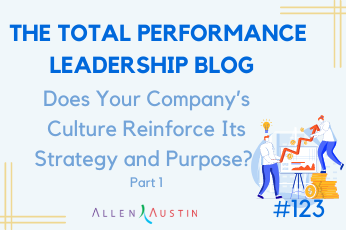