Last week I wrote about Southwest Airlines’ focus on relationships and its role in building a culture of peak performance. Over the next few weeks, we’ll dig deeper and illuminate how to model critical elements of SWA’s success. Beware, building cultures like Southwest’s requires doing things most won’t. Avoiding layoffs when possible is one thing. At the beginning of the pandemic, many publicly held companies cut fast and deep. While SWA came dangerously close to having to cut pay and furlough employees amidst our current crisis, it did not. It has not had a layoff in its 53-year history, including the post 9/11 period, when other carriers shed large numbers of employees and unprofitable routes.

The airline’s employees know that Gary Kelly and the rest of the leadership team have their backs. They feel safe. They know that their employer will go far above the call of duty to take care of them. Major U.S. carriers laid off tens of thousands of employees in 2020, including 32,000 by United and American alone. When Southwest was pushed to the brink, before Congress passed the most recent rendition of PPP, they gave 6,828 employees notice in October that while they were still working feverishly to avoid layoffs, they might not be avoidable. If they were to happen, they would occur on March 15th or April 1st. There were no surprises; the company provided frequent updates and ultimately layoffs were avoided. The relationship capital Southwest accumulated during 2020 will pay big dividends for years to come.

One of the reasons Southwest has been able to avert layoffs is because of its efficiency. One of the principles practiced in peak performing organizations is cost leadership. They are relentless about stripping cost out of the business that doesn’t support its purpose. SWA’s cost leadership is not based on low wages. More of its employees are covered by collective bargaining than any other airline and their wages are on par with the industry. Southwest’s strong balance sheet and profitability stem in large part from the productivity of its aircraft and its people. Southwest’s planes sit at the gate on average 42 minutes while other carriers average 67 minutes. Non-revenue producing aircraft time is an airline’s biggest controllable cost. Southwest flies one aircraft, the 737. That means every member of every flight crew is checked out on all aircraft. It also means fewer parts, less money spent on design, and less training dollars spent to accommodate different aircraft configurations.

Jody Hoffer Gittell argues that SWA’s ability to build and sustain relationships based on shared goals, shared knowledge, and mutual respect is still the organization’s most distinctive organizational competency. As was said earlier, building cultures like Southwest’s requires being willing to do things most won’t. When it comes to its willingness to forego quick solutions to invest long-term in the maintenance of relationships among mangers, employees, shareholders, providers and the community, Southwest has few rivals. In 2019, SWA was ranked #1 by J.D. Power in “Website Satisfaction,” named Top 20 in “Conservation Efforts in Texas” by Texan By Nature, named “Top 100 National Internship Program” by WayUp, ranked #3 “Best Places to Work” by Indeed, named a “Best Employer for Women” by Forbes, named #1 Low Cost Air Carrier by J.D. Power, named a Best Employer for Military Vets by Employers, recognized as a 2019 Ebby Award for “Advancement of Girls and Women”, and was a recipient of the 2019 Airfinance Journal “Airline of the Year Award”. To add icing on the cake, SWA’s Rapid Rewards program received “Program of the Year”, “Best Customer Service”, “Best Loyalty Credit Card”, “Best Airline Redemption Ability”, and three additional Freddy Awards. The airline also won five 2019 TripAdvisor “Traveler’s Choice Awards”.

The rate at which Southwest accumulates accolades can certainly be tied to its vision of being the world’s most loved, most efficient, and most profitable airline. And to its mission of delivering the highest quality customer service delivered with a sense of warmth, friendliness, individual pride, and company spirit. At the end of the day, it comes down to leadership. The continuity of leadership at Southwest is uncanny, having had only three CEOs and two Presidents in its history. Herb Kelleher was the one who created the relentless focus on building strong relationships that continues today through his leadership style. Herb was known for accessibility. He returned phone calls quickly and listened to everyone who needed him. He listened carefully and helped people work through problems. He respected the chain of command but was accessible to all who needed him. But this unique brand of leadership at Southwest is not confined to the C-Suite. Rather, leadership is better understood as a cultural process that takes place at all levels of the organization.

The purpose of all these blog posts is to share what we’re learning about building cultures of peak performance. In future posts, we’ll dig further into how Southwest Airlines checks all nine boxes in terms of practicing the nine principles we’ve observed in organizations that outperform their peers: Unified Leadership, Disciplined Hiring, Leading with Purpose, Stakeholder Engagement, Cost Leadership, Measuring Everything that Matters, Customer Experience, Clarity in Everything and Staying Ahead of the Curve. These are the principles that drive peak performance cultures. If you’d like to talk about how we can help your organization, please give us a call. 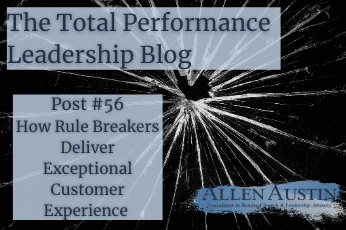 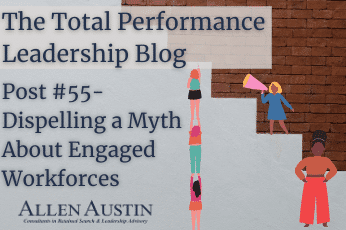 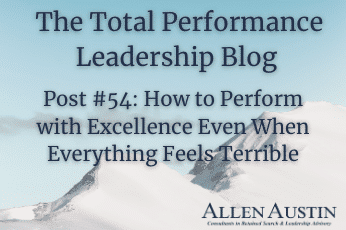