In contrast to many other C-suite roles, the role and responsibilities of the Chief Operating Officer (COO) are hugely diverse, changing markedly from one enterprise to another and across varying industries.

From keeping tabs of shifting consumer needs to optimal structuring of a company’s business model to drive profits, the responsibilities of COO continue to evolve with the emergence of a new breed of consumers that is putting new demands on companies. In addition to evolving customer needs, increasingly stringent regulatory requirements, greater emphasis on cost efficiency, and the need to enter new markets in the pursuit of growth are a few factors that continue to redefine the COO’s role. While it’s difficult to pinpoint the kind of environments in which COOs work, most companies turn the responsibility of a wide range of operations over to their Chief Operating Officer. Some COOs pretty much run all of the day-to-day operations of the enterprise while the CEO focuses on strategy and outward facing activities like community involvement. This typically includes but is not limited to production, research and development, governance, and marketing and sales. In simpler words, we can say that enterprises of all sizes continue to derive great benefits from the multidimensional C-suite role that’s called the COO.

As leading companies continue to expand their operations and enter the global market, they need to spend a great deal of time campaigning internally for the change they want to make. Chief Operating Officers, as a leading figure within the organization, are responsible to ensure that the organization’s mission, vision, and growth plan are communicated to and understood by the entire workforce.

In addition to maintaining internal relationships with the management team and workforce, COOs are also responsible to establish and maintain lasting relationships with clients. Although the COO has not been seen as a client-facing role traditionally, a survey conducted by Ernst & Young found that 42 percent enterprises believe that maintaining strong client relationships is important for the career, as well as the long-term success of the organization[1].

How can a title accommodate such diversity and still be meaningful? Answering that question requires a shift in perspective according to Harvard Business Review. The key is in the orientation of the role. While other jobs are primarily defined in relation to the work to be done and the structure of the organization, the COO’s role is defined in relation to the CEO as an individual.

In many cases, the COO is there to help make the CEO’s vision a reality. Sometimes, the COO is expected to make the CEO more effective or more complete. Often, the plan is for the COO ultimately to fill the CEO’s shoes. But in all of these constructions, the CEO is the magnetic force with which the COO must align.  Finally, the tremendous variation in COO roles and responsibilities manifestly implies that there is no standard set of “great COO” attributes, however there must exist a personal chemistry between the COO and the current CEO.

We can easily argue that there is a growing need for the role. First, consider the widening scope of the CEO’s job. Today, we have bigger companies, with expanding global operations, aggressively pursuing acquisitions. CEOs are asked to be public figures, communicating with many constituencies at the same time that increasingly democratic and knowledge-based organizations require them to spend a great deal of time campaigning internally for any change they hope to make. Second, companies are becoming more deliberate about succession planning. Boards are anxious to identify and groom heirs and often see the COO title as a useful step in the process. Finally, the easy mobility of top talent means companies must find ways to hold on to their most valuable non-CEO executives. The COO title can be effective in staving off wanderlust.2

As a leading retained executive search firm, Allen Austin has an in-depth understanding of the strategic importance of the COO’s role for an organization. We leverage our extensive experience and expertise of executive-level recruitment to help our clients find the right talent that can oversee their company’s operations and can be groomed to take on the responsibilities of the CEO in the future.

[1] The DNA of the COO, Time to Claim the Spotlight, EY.com http://www.ey.com/Publication/vwLUAssetsPI/The_DNA_of_the_COO_-_Time_to_claim_the_spotlight/$FILE/DNA%20of%20the%20COO.pdf

2 Second in Command: The Misunderstood Role of the Chief Operating Officer 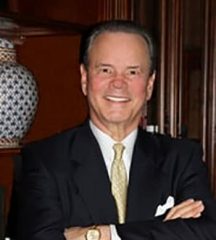 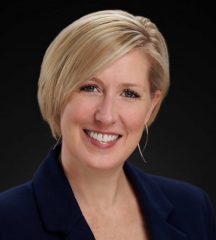 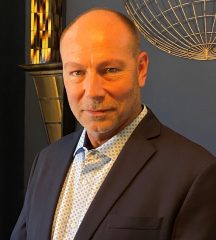