The future is disorder. This phase was uttered before an audience in London’s National Theater in 1993. That future had certainly arrived well ahead of the current coronavirus pandemic with virtually every major industry beset with dramatic changes, driven by multiple technological revolutions that have followed rapidly upon one another, widespread globalization, quantum shifts in consumer preferences, rapidly evolving value systems, and now a global health crisis. Many of the existing marketing models have been unable to cope with today’s uncertainty and mind-numbing rate of change.

For more than two centuries, business has operated under the influence of Newtonian science which evolved in response to the restless desire of humans to understand the forces of nature well enough to harness if not conquer and control them. Business management came to view markets in much the same way, but the traditional ethos of conquest and control is losing sway. P&G CEO A.G. Lafley said in 2013 “We need to reinvent the way we market to customers. We need a new model. It does not exist. No one else has one yet.”

Lafley’s statement is not strictly speaking true. Companies we have studied have solidly performing marketing models, utilizing a very different paradigm. Interestingly, most of these companies spend very little on what most of us consider marketing. Starbucks, Southwest Airlines, QuikTrip, Wegmans, HEB, Nordstrom, and others have built enormously valuable brands with very little or no traditional marketing, or advertising. A common attribute among these exceptional companies is that employees at all levels have broad authority and autonomy to spend company money in order to send customers away happy. Southwest Airlines flight attendants have been known to give a disgruntled passenger a free ticket. An L.L. Bean employee may give a free mackinaw to a customer who returned one she mistakenly thinks was originally bought there. Home Depot, before Bernie Marcus and Ken Langone sold their stakes and retired, were famous for exchanging DIY items they knew full well were not purchased in their store.

There are two important lessons to be learned here. The first is that employees in whom extraordinary confidence is placed by their leaders, tend to perform extraordinarily – to transcend, or to rise above, excel, exceed, per the Oxford English Dictionary. Employees so well regarded usually rise to levels of performance well above their peers in competing companies where employees still sweat under the heals of command and control suits.

The second is that customers who are treated exceptionally well, as this kind of treatment usually comes as such a surprise, feel truly special and appreciated. The customer’s self-esteem actually skyrockets during one of these unexpected interactions. Neuroscientists now know the human brain lights up when experiencing unforeseen periods of joy. We also know that these experiences are so powerful for many customers that they “store” the experience in a part of the brain called the ventral striatum, so they can retrieve it at a later time to relive it, much the same way we relive happy childhood memories, and other important and unforgettable occasions. It is precisely this phenomenon that causes customers to become what Ken Blanchard referred to as “raving fans”. Customers of this ilk become intensely loyal storytellers, ambassadors of their favorite brands, and quite effectively replace traditional marketing and advertising as the primary communications medium.

In natural ecological systems, the end game is balanced relationships between system participants. Without balance, an ecosystem loses its capability to support its stakeholder, and the system eventually disintegrates. In peak performing cultures, rather than favoring one stakeholder group over another, leaders tend to the total ecosystem in which they operate. Without a healthy ecosystem, the interests of all stakeholders are seriously at risk. Pre Amazon-Whole Foods as an example reflects this perspective and holistic view of stakeholders in its “Declaration of Interdependence.”

There was a time, not long ago when business enterprises fostered policies of tightly controlled communications. Branding was everything, with every word and image being scrutinized to the nth degree. Today, the internet of things has dissolved business’ information supremacy, and the balance of information power is in the hands of the masses. The rules of communication between companies and their stakeholders, especially customers, have changed forever. Instead of company-controlled monologues, the marketplace is now dominated by conversations. People talk to each other as never before about the companies they work for, buy from, and invest in. Firms operating with peak performance cultures have found the new transparency required helps customers, employees and other stakeholders develop trust in and loyalty to those brands who really get it. Next week, we will explore the ways in which exceptional companies go above and beyond to reveal their inner workings to their stakeholders. 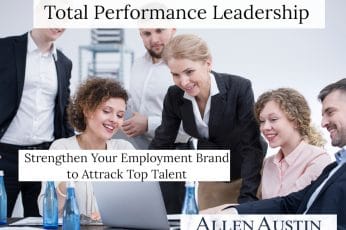