Zappos, run by its co-founder Tony Hsieh, and owned by Amazon, has fifteen hundred employees and $2 billion in revenue. It is consistently ranked among the country’s top employee-friendly companies and attracts hundreds of applications for each available opening. It is easier to get into Harvard than to get a job at Zappos.

As a kid, Tony’s favorite TV show was MacGyver, whose hero was a resourceful secret agent who used everyday materials to escape impossible dilemmas and bring the bad guys to justice. The idea that tough problems can be elegantly hacked held enormous appeal, and now shapes the culture at Zappo’s. It is largely responsible for the powerful employment brand and applicant funnel that far exceeds the company’s demand for smart, super resourceful talent.

At an early age, he began to MacGyver his way through the world. Hsieh (pronounced Shay) played four musical instruments, was shy, liked puzzles; and loved discovering creative solutions to difficult problems. He MacGyvered a way of playing musical recordings from behind the closed door of his bedroom so his unsuspecting parents thought he was practicing. In high school, he MacGyvered the school’s phone system into calling dial-a-porn for free (briefly elevating his popularity among the boys).

At Harvard, where Hsieh MacGyvered studying (he assembled class notes and sold them for twenty dollars a pop) as well as late-night snacking (he bought pizza ovens and sold pizzas for less than the local outlet charged). After graduation, he co-founded a software company called Link Exchange, which he sold to Microsoft in 1998 for millions of dollars.

In 1999, he invested in an online retailer called ShoeSite.com. Not the greatest timing as those were the days of the dot.com bust, but Hsieh saw an opportunity to reinvent online retailing through a strong and distinctive company culture. He wanted to build an atmosphere of “fun and weirdness.” He would deliver not just shoes but “personal emotional connections.” It was very rocky at first, but things started to improve slowly, then with astonishing speed. In 2002, revenues were $32 million, and in 2009, $1.1 billion.

In 2009, Hsieh bought the twenty-eight-acre block of downtown Las Vegas that surrounds Zappos headquarters, with the audacious idea of helping to revive it. This was not glitzy Vegas, but a desolate jumble of third-class casinos, empty parking lots, and run-down hotels. Here he set out to see if it was possible to MacGyver a city—that is, to use Zappos principles to rebuild a broken downtown.

Employees speak about Zappo’s Downtown project as if they own it, and about Hsieh’s apartment, which most of them have visited. Tony’s pad epitomizes the Zappos ethos of radical openness. He routinely allows employees to walk through his kitchen, his living room, his lush “jungle room” with walls and ceilings covered in plants, and the well-stocked bars, creating the strange intimacy of seeing a billionaire’s half-eaten granola bar on the kitchen counter, his socks on the floor.

When Daniel Coyle interviewed Hsieh for Culture Code, they went for a walk through the downtown project. In an instant said Daniel, “everything changed. He seemed to come alive as he moved around the streets, meeting people, talking to them, introducing them to me and to others. He had a connection with everyone, and more impressively, he sought to build connections between others. In the space of forty-five minutes, I saw him connect a movie director, a music-festival producer, an artist, the owner of a barbecue place, and three Zappos workers with someone they should talk to, a company they should check out, someone who shared their hobby, or an event they might be interested in. He was like a human version of a social app, and he made each connection with the same light, low-key, positive vibe. He had a gift of making these conversations seem utterly normal and, through that normalcy, special.”

“He’s very smart, but the smartest thing about him is that he thinks sort of like an eight-year-old,” says Jeanne Markel, director of culture for the Downtown Project. “He keeps things really simple and positive when it comes to people.”

Beneath Hsieh’s unconventional approach lies in a mathematical structure based on what he calls collisions. Collisions—defined as serendipitous personal encounters—are, he believes, the lifeblood of any organization, the key driver of creativity, community, and cohesion. He has set a goal of having one thousand “collisionable hours” per year for himself and a hundred thousand collisionable hours per acre for the Downtown Project.

This metric is why he closed a side entrance to Zappos headquarters, funneling people through a single entrance. And it’s why, during a recent party, he started to get an uneasy feeling—people were standing around in isolated clusters, not mixing. He noticed that the furniture was blocking the flow, and a few seconds later he was heaving a large couch across the floor. Then he started moving lamps and tables, and before long he had completely rearranged the room. “It was the only time I’ve ever seen a billionaire move furniture,” a friend jokes.

My job is to architect the greenhouse. This is a useful insight into how Hsieh creates belonging because it implies a process. “I probably say the word collision a thousand times a day,” Hsieh says. “I’m doing this because the point isn’t just about counting them but about making a mindset shift that they’re what matters. When an idea becomes part of a language, it becomes part of the default way of thinking.”

“He knows how people connect so well that it’s unconscious with him,” says Maggie Hsu, who works on the Downtown Project’s executive team. “At this point, he’s been doing it so much that he almost can’t help it. I’ve asked Tony over and over—why do people follow you around? Why do they respond to you? He says, ‘I have no idea.’”

Hsu’s story is typical. A few years ago she was a successful consultant at McKinsey when she heard about the Downtown Project. Curious, she sent an email, and Hsieh responded by inviting her out for a few days. Hsu showed up expecting the usual agenda of meetings, visits, and organized tours. What she got instead was a two-line email followed by a list of eight names. Meet these people, Hsieh’s note read. Then ask them who else you should meet. Hsu was buffaloed. “I asked him, ‘Is that it? Is there anything else I should do?’  He said, ‘You’ll figure it out.’ And he was right—it all sort of happened. It was like I was getting this signal that got stronger with everyone I talked to, and it was crazy strong, and I couldn’t resist. I ended up moving here. It wasn’t logical at all. It was like I had to do it.” 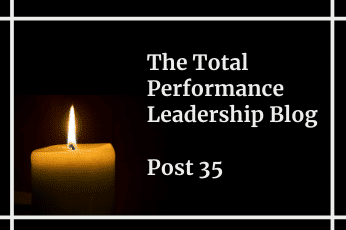 Ten weeks ago, I wrote about self-deception, which causes people and organizations to get stuck in old patterns, old behaviors, old thinking, and old prejudices. Organizations comprised of people who possess the same mindset they’ve always had … 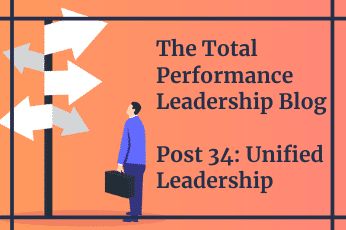 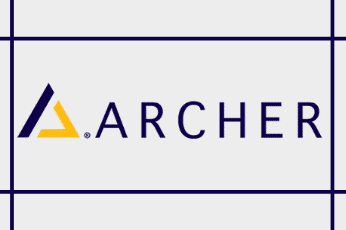 Allen Austin recently completed a retained search engagement for ARCHER SYSTEMS, LLC with the selection of Alex Blacutt as Vice President of Lien Operations, based in Austin, Texas. Mr. Blacutt brings over 18 years’ experience in successful …