Times of crisis give us a chance to reflect on who we are, what we stand for and, among other things, how we engage all our stakeholders. The worst of times often bring out the very best in us, so consider using this time to evaluate the ways the top-performing organizations on earth engage their shareholders, employees, top managers, providers, and customers.

Our current state needs help. According to Smarp, an employee engagement technology platform, only 15% of worldwide employees are engaged with their work. 71% of executives say employee engagement is critical to their success, and 63% of companies say retaining employees is harder than keeping them. 69% of employees say they’d work harder if they were better appreciated. The sources for these kinds of statistics are many, and the numbers have remained relatively unchanged for many years.  Clearly there is an opportunity for all but a handful of companies to dramatically improve overall engagement and performance.

Employee engagement opportunities notwithstanding, there is also an increasing number of people who think socialism is a good idea. Bernie Sanders garnered an overwhelming 84% of the 30 and undervote in the Iowa caucuses and presides over a growing movement seeking a national revolution. Socialism is a resoundingly bad idea and has been a miserable failure in every single country in which it has been tried. Yet a significant percentage of the workforce seems willing to try anything because their level of dissatisfaction is so high.

The fact is that capitalism has lifted more people out of poverty than any other system on earth. According to Max Roser, a fellow at Oxford University, global poverty is at its lowest level in history. In 1820, the share of the global population living in poverty was 94%. By 1992, the poverty rate had dropped to 51%, and 17% in 2011. Any poverty is too much, but the objective case for capitalism is easy to make. So why is capitalism so ill-thought of by so many?

Raj Sisodia and John Mackey are the cofounders of an organization called Conscious Capitalism, a business approach that emphasizes creating extraordinary outcomes for all stakeholders. Raj believes that the popularity of socialism and capitalism’s bad rap overall stem from today’s all too common practice of focusing entirely on shareholders, analysts and next quarter’s earnings. This, says Sisodia, is not capitalism in its purest form, but a perversion of capitalism.

I’ve looked closely at Conscious Capitalism and discovered that while somewhat different, it is totally aligned with Total Performance Leadership. After attending four functions, including the global CEO summit in Austin, I’ve found the community compelling, and the learning opportunities plentiful. This growing movement is populated with household names like Southwest Airlines, The Container Store, Whole Foods, Toms Shoes, First United, Mars Wrigley, Panera Bread, and many smaller companies that aspire to be the best.

Companies that Practice Conscious Capitalism Perform 10X Better. In his piece, he reports how surprised he was to encounter a group that put conscious and capitalism together in one title and meant it. He said: “I don’t kid myself about the unenlightened and even cruel way capitalism has been practiced by many: accumulating wealth for a few while paying most employees subsistence wages, etc. The truth is I meet few CEOs or senior executives at large corporations who seem to have a vision beyond next quarter’s earnings, or a sense of responsibility to their employees, customers, suppliers, and communities that equals their focus on their shareholders.

But last week I did. Even more than anything the eight CEOs I met had to say, and much of it was inspiring, I felt moved by them as people. They made no demands to be treated as “special” during the conference. We all stayed in simple quarters. They listened when others spoke. They invested three days with one another for no other reason I could discern than to learn and build a community of like-minded colleagues.

At the most basic level, consciousness simply means being conscious of more. That begins with self-awareness — the willingness to look inside, to acknowledge our limitations, uncertainties, and fears, and to take responsibility for our actions. Mackey has drawn some critical attention for his libertarian views, and I found myself debating with him frequently over the three days. But I also found him to be open, real, vulnerable, and deeply committed to growing and becoming more conscious. How many leaders would be willing to say, as Mackey does: “The company was unable to grow until I was able to evolve — in other words, I was holding the company back. My personal growth enabled the company also to evolve.”

I also admire leaders who put their money where their mouths are. The Container Store’s CEO Kip Tindell explained why he pays full-time sales employees a minimum of nearly $50,000 a year — approximately double the average for retail stores. Put simply, Tindell believes the best and most motivated employees, which he says the store is consistently able to attract, are three times as productive as an average worker. One of the payoffs is a turnover rate under 20 percent — a fraction of the turnover that most of his retail competitors endure.

I took away from these three days a very clear and inspiring message. It’s not necessary to choose up sides between consciousness and capitalism, self-interest and the broader interest, or personal development and service to others. Rather, they’re each inextricably connected, and they all serve one another.

Raj Sisodia looked at 28 companies he identified as the most conscious — “firms of endearment” as he terms them — based on characteristics such as their stated purpose, generosity of compensation, quality of customer service, investment in their communities, and impact on the environment.

The 18 publicly traded companies out of the 28 outperformed the S&P 500 index by a factor of 10.5 over the years 1996-2011. And why, in the end, should that be a surprise? Conscious companies treat their stakeholders better. Therefore, their suppliers are happier to do business with them. Employees are more engaged, productive, and likely to stay. These companies are more welcome in their communities and their customers are more satisfied and loyal. The most conscious companies give more, and they get more in return. The inescapable conclusion: it pays to care, widely and deeply.” 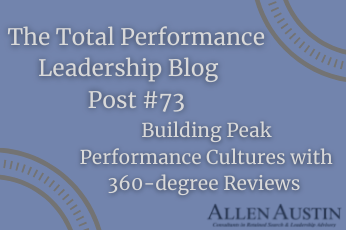 With paraphrased content from Jack Zenger and Joseph Folkman’s article in Harvard Business Review June 15, 2021 Too few companies recognize the monumental improvement potential of the 360-degree feedback process. Often, after shopping around and deciding on … 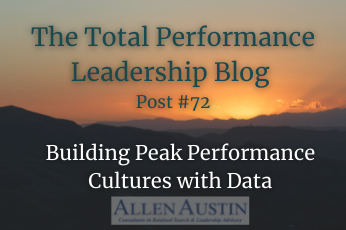 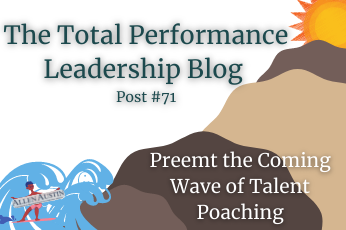 With paraphrased content from Dan Bigman’s article in Chief Executive CEO Briefings June 4, 2021 It’s about to get uglier in the war for talent. Follow these four steps to get ready—so you’re not on the losing …