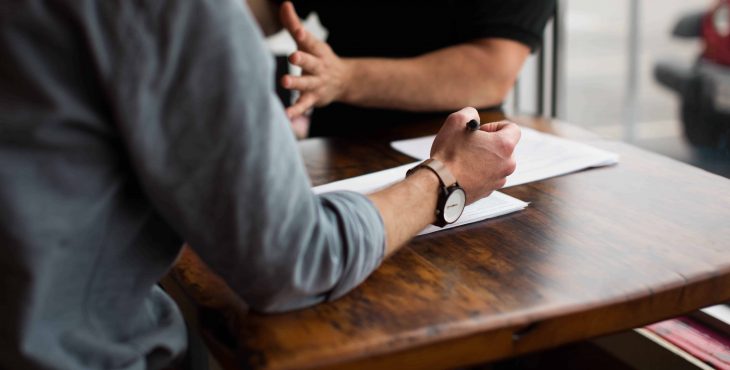 CEO selection is the responsibility of the full board. Some boards perform brilliantly while some repeatedly make the same mistakes, which include being influenced by star power, impressive resumes, personal presence and what we refer to as the A’s: attractive, affable and articulate. Others are inappropriately swayed by relationships, tradition, biases perfectionism, impatience, etc.

According to Ram Charan, great CEO hiring decisions are usually driven by one or two directors who are particularly adept at CEO selection. Directors who are consistently effective at selecting high performing CEOs, who build powerful cultures, grow enterprise value and shareholder wealth, do four things that others don’t.

First is they work painstakingly to identify the qualities and attributes necessary to perform well in the job. Second, they keep an open mind in terms of where the best candidate will come from. Third, they go deep to determine which candidate is the best fit, Fourth, they allow for imperfections in the chosen candidate.

While succession planning is essential, it will only take you so far. Just because a slate of quality internal candidates exists, does not mean the best candidate is an internal one. Judgement really matters at this point, and too few directors are skilled at making these kinds of calls. Here are the four things your board can do to dramatically improve CEO hiring.

Boards should always have a slate of succession candidates in mind, but when it comes time to make the critical call, it is vitally important to set the list aside, think from a clean sheet of paper and identify the current and future needs of the job, zeroing in on the critical capabilities that will make or break the company. The result is not a long laundry list of every trait that all great CEOs should have, nor is it one single item. It’s a strand of two or three capabilities that are tightly interwoven and absolutely required for the new leader to succeed, given the market conditions, current and desired states of the business. This is what should make the decision turn toward one candidate or another. That’s why Ram Charan calls it the pivot. Each situation is distinct. And so is each CEO role’s pivot.

It is critical to identify the pivot in very specific terms, and to get it right. For example, many retailers today must be capable of going up against Jeff Bezos, focusing on the end-to-end customer experience, digital innovations, and to be able to shape the retail eco system or supply chain of suppliers, consultants and delivery services. Boards who get this right work hard at getting the pivot right, talking with customers, insiders, consultants and analysts to expand their thinking. They go deeper and broader than most board members do. They don’t dismiss complexities or complications, they cut through them and deduce what skills, attributes and experiences are essential, iterating until they’ve arrived at the right combination.

Lou Gerstner at IBM, Allan Mullaly at Ford and Steve Jobs at Apple are great examples of great CEO appointments, while Chuck Conway at Kmart, Bob Nardelli at Home Depot and John Sculley at Apple were horrible choices. The cases for and against each of these choices might well have been very different in dissimilar circumstances. The point here is that every scenario is distinctly different. While there are bone-headed CEOs, who are not well suited to lead in any situation; in most cases, it really is not about right or wrong, but about fit.

When drafting the final list, skilled directors start with a clean slate, keeping in mind that the slate of succession candidates previously identified may now be irrelevant. They back off long-time favorites and keep an open mind. They battle against hidden assumptions and biases, their own and other people’s, as they home in on two or three prospects and ultimately their final choice. Of course, at companies that take succession seriously, directors take time to get to know the company’s top leaders over time, observing them in boardroom presentations, interacting with their own leadership teams, over lunch and dinner, during business trips and in the field. While these activities are very important and can allow a more intimate understanding of the candidate, directors should take care not to develop favorites, whom may or may not have the necessary stuff. Talented directors remain objective and are not swayed by the recommendations of others, boardroom presence or other window dressing that may or may not be relevant to the job at hand.

Search firms must refrain from presenting a generic slate of highly accomplished or star-studded candidates, and fully understand the pivot. The search consultant should not be overly influenced by the halo effect of working at marquee firms, impressive nature of the candidate’s education or celebrity status. Search consultants, particularly those with a penchant for process and objectivity, can add great value to the process irrespective of whether the candidate slate is external or internal.

Some directors think that succession candidates must be direct reports of the CEO, while those who are skilled at CEO selection are comfortable looking a few layers down in an organization. In today’s digital age, years of experience may matter less than they once did, and in some cases, may even be an impediment to necessary change. Young leaders, who have the right stuff, should be on the radar screen and evaluated and groomed for greater responsibility. Directors who add value to a company’s human capital practices understand the importance of not overlooking hidden talent, especially if they don’t fit the central casting approach.

When evaluating finalists, skilled directors drill deep on each candidate’s fit against culture and the pivot. One way to be more thorough, is to set aside two or three days of interviews for the search committee to engage in serious conversation with each finalist around their ability to deliver a successful pivot, noting that the best candidate may not necessarily be the best leader, visionary or strategist. There are plenty of examples of highly effective senior leadership teams built around a CEO who is complemented by leaders who compliment his or her strengths and weaknesses. Directors should not be reticent to reject all finalist candidates and sent the search consultant back to the drawing board if not convinced the right candidate exists in what appears to be the final slate.

Ram Charan says that reference checks are extremely important and that great directors do their own. Our position is slightly different in that most references are unstructured, incomplete and less than effective, and that a skilled search consultant with a 360-degree process and a methodology that objectively identifies each candidate’s strengths and weaknesses is a better place to start. Once these are done, follow up from discriminating directors adds further value and clarity. Shallow directors who are overly impressed by superficial things like presence, quickness and poise, won’t get much out of these conversations but those who are skilled, objective and discerning will add huge value to the process.

Every CEO has an open flank, and most have significant blind sides. Savvy directors know how to surface each candidate’s quirks and flaws, while accepting imperfections when making selections. No candidate is perfect, and weakness and tradeoffs are inevitable. For example, CEOs from strategy, planning and finance backgrounds are weak on people and/or operating skills. Leaders who are strong in technology, may be weak in finance. Some CEO roles require technical expertise while others do not. Once again, every scenario is distinct. Some CEOs have propensity to over pay for acquisitions while some are weak in execution. Selecting a CEO who can deliver on a successful pivot, shored up by a coach, a COO or a supportive director has proven effective in innumerable situations.

Venture capitalists like Andreessen Horowitz are famous for supplementing the skills of their entrepreneurial CEOs by connecting them with people who can assist with organizational design, operational execution or the business model itself. The examples of this kind of successful shoring up are many, including one CEO of Delphi, who was almost fired by the board because of his inability to communicate effectively with the investment community. One savvy lead director held firm on the CEOs ability to deliver the pivot and hired an investor relations officer to support him. The CEO and the enterprise were nothing short of spectacular and the board’s decision to fill the gap was spot on.