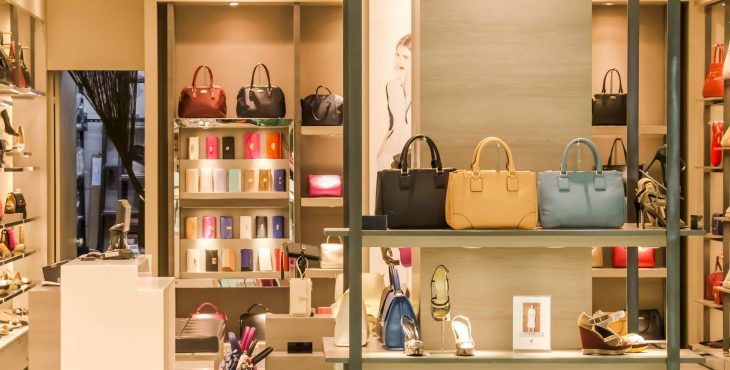 Leading with Purpose – How Nordstrom Won My Business and Kept It

Several years ago, I developed a keen interest in learning more about the “secret sauce” of high performing companies that are driven by purpose. Since then, my partner Rob Andrews and I have built a successful consulting practice on a model we developed called Total Performance Leadership™ (TPL), which defines nine disciplines that are consistently present in companies with high-performing cultures. The body of evidence confirming the power of purpose in business continues to grow every day.

Here’s an interesting fact –The most profitable companies are often not the most profit-focused. This supports the findings in Jim Collins’ and Jerry Porras’ book Built to Last: Successful Habits of Legendary Companies, which showed that between 1926 and 1990 a group of eighteen “visionary” companies — those guided by a purpose beyond making money — returned six times more to shareholders than explicitly profit-driven rivals.

Here’s another fact – A 2016 EY Beacon Institute and Harvard Business Review Analytics Survey found that “almost 90% of executives surveyed said their companies understood the importance of purpose, but only 46 percent said it informs their strategic and operational decision-making.” In our research for TPL, we learned that there’s a good reason why most companies don’t do this – because it ain’t easy.

Building a high-performing, purpose driven company requires an extraordinary leader. They must be smart, resourceful and focused, while simultaneously dealing with the pressures of short termism, and myriad other challenging distractions. Professor Michael Beer of the Harvard Business School says “You can’t just adopt it … It must be driven….by the CEO and the top leadership team. It is essential that companies develop leaders that can communicate and align the whole organization around purpose. It’s easy to state a purpose and state a set of values. It’s much harder to enact them in the organization because it requires you to continually search for consistency across many disciplines and many activities.”

Clearly, I’m a true believer. However, nothing crystalizes impact of the power of purpose first-hand, as being the customer of one of these great companies. To this point, I’d like to share with you a quick story about my experience as a customer of Nordstrom. But first, let me set some context.

Nordstrom isone of the “visionary” companies featured in the book Built to Last. For almost a century, the company has remained steadfastly true to these four founding principles:

Service to the customer above all else
Hard work and productivity
Continuous improvement, never being satisfied,
Excellence in reputation, being part of something special.

These principles help the company keep things simple and focused. For example, Nordstrom’s employee handbook consists of a single five-by-eight-inch card, and reads, in its entirety:

We’re glad to have you with our Company.

Our number one goal is to provide outstanding customer service.

Set both your personal and professional goals high.

We have great confidence in your ability to achieve them.

Rule #1: Use your good judgement in all situations. There will be no additional rules.

Please feel free to ask your department manager, store manager or division general manager any question at any time.

I have been a loyal Nordstrom customer for years. Living in Houston, Texas where the most popular retail and tourist destination is the Houston Galleria, there are many large retailers to choose from, including Neiman Marcus, Saks Fifth Avenue, Nordstrom and Macys. So why Nordstrom? They all offer many of the same brands, at similar prices. But that’s where the similarities stop.

When I shop at Nordstrom, I feel special. Several years ago, while shopping for a suit, a fellow named Dave in the men’s clothing department spent about 90 minutes helping me make my selection, and another 45 minutes ensuring the alterations were correct. I was a happy camper. Over the years, I purchased a lot of clothing from Dave and he ALWAYS paid special attention to me. He understood my taste in clothing, got to know me personally and became the closest thing to a personal shopper that I have ever had. And unlike the other big retailers, Nordstrom never charged me for alterations. Dave even altered a few things for me that I had purchased elsewhere – at no charge! Now that’s service.

Three years ago, Dave was retiring from Nordstrom, and asked me to stop by the store, so he could introduce me to a young man he thought would be a good fit to replace him as my haberdasher. Even though he was leaving, Dave cared enough to help ensure I would remain a satisfied Nordstrom customer after he was gone. Talk about above and beyond the call of duty!! But then Dave was a part of the Nordstrom culture.

Fast forward to January 2017. Donald Trump had just been elected President, winning a surprise upset victory over Hillary Clinton. The electorate were shell shocked, and amidst all the post-election hubbub, I began hearing rumors that certain large retailers, including Nordstrom, announced that they were discontinuing Ivanka Trump’s fashion line, ostensibly to protest the election results. For some reason, this really bothered me. I was surprised and disappointed that Nordstrom would reduce themselves to comingling politics with commerce. It seemed to contradict everything the company stood for. Alas, Nordstrom had lost some of its luster. So, on February 6, 2017, I sent an email to Blake Nordstrom to let him know how disappointed I was, and that I would no longer be shopping in his stores. Candidly, I didn’t expect a reply – I should have known better. Here is the verbatim string of emails that transpired between Blake and me during the first few weeks of February 2017.

My wife and I have been loyal customers of Nordstrom’s for years. In my experience, the company has consistently fulfilled John Nordstrom’s core commitment that “Nordstrom works relentlessly to give customers the most compelling shopping experience possible.” It’s been refreshing to experience an organization that is true to its core purpose, and in doing so Nordstrom’s had earned my absolute loyalty. Shopping for my Canali clothing at your store in the Houston Galleria has always been a pleasure. I was therefore very disappointed to learn of your decision to discontinue carrying Ivanka Trump’s clothing line for obviously political reasons. Accordingly, I have decided to discontinue my loyalty to your brand. I will no longer shop at Nordstrom’s and shall lobby my friends and colleagues to boycott your stores as well.

Thank you for taking the time to write and allow me to personally address this. I want to apologize that you believe we’ve mishandled this situation. We agree, politics should not be involved. We’ve said along we support our buyers to purchase merchandise they see fit and the broad and diverse set of customers we serve. Our buyers passed on next season’s line of goods because the performance has fallen precipitously, so much we can no longer sustain these results.

Thank you for taking the time to respond to me. I appreciate it. If you say your decision to discontinue the Trump line of clothing & merchandise is not politically motivated, then I believe you. I would suggest that you personally & publicly declare your position in a very deliberate way, because claiming that Nordstrom’s decision is politically motivated fits the dishonest narrative being advanced by the far left and mainstream media. Many of my colleagues, both liberal and conservative have been angered by this.

I respect chief executives who are true to their word and therefore will share your response with my friends and colleagues and encourage them to give you the benefit of the doubt as well.

Thanks again for your reply.

Some customers have been taken aback because it has been reported that we announced this decision. We have never announced a business decision of this type and didn’t in this case either. We did, though, respond to questions from customers who noticed a decrease in the merchandise offering online and called in inquire. Our responses were then reported by the media as a statement and in turn interpreted as being politically-influenced.

We agree that politics has no place in retail and are heartsick that longtime customers are left questioning their goodwill and patronage. We’re most appreciative of customers like yourself who are giving us a chance to explain.

Thank you, Blake. Nordstrom’s is such a strong brand, with a well-deserved reputation for exceptional customer service, that I’m sure the company will be just fine. BTW, I prefer shopping at your store more than I do at the new Canali store that was opened last year.

Your merchandise is great, but your customer service is what puts Nordstrom’s in a class by itself. I’m pleased that we sorted this out because I really do love your stores and your people.

I wish you all the best, Blake.

Thank you, Tom. I appreciate your kind words and look forward to having you back into our stores soon!

It impressed me that Blake Nordstrom took time out of his busy schedule to read my message and respond so quickly. Seriously, how many other senior executives would do this?

Blake and his brothers Pete and Erik, are fourth generation co-presidents of Nordstrom, a global retail powerhouse with annual sales more than $15 billion and over 70,000 employees. Iam sure he gets many emails every day from customers like me. Despite his many responsibilities, Blake obviously felt that it was important to respond to me. That is special, and more importantly, there is no question in my mind that excellent customer service is a top priority for everyone at Nordstrom.