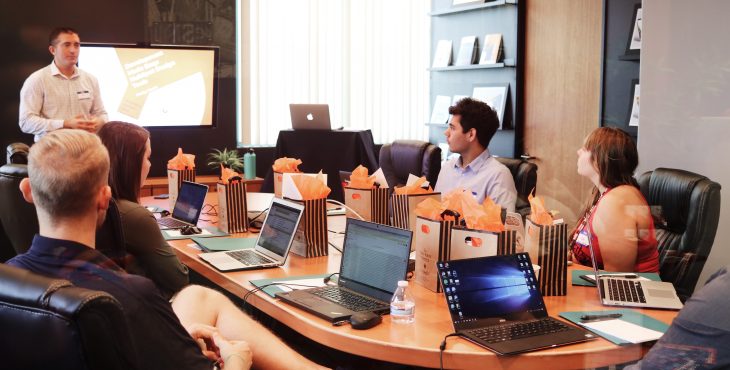 Sound familiar? Depending on what you read or who you listen to, somewhere between 50% and 90% of all mergers and acquisitions fail – that is they never recoup their costs, often ending in divestiture or being closed altogether. This is not new – it’s been going on for over 30 years. Literally hundreds of articles, papers and studies have been published about it. Some of the common, recurring mistakes behind many failed transactions include:

Limiting the scope of due diligence to financial analysis and “making the numbers work on paper,” with little or no consideration of important organizational issues, is tantamount to beginning a cross country road trip in a car with four flat tires. It makes no sense, with almost no probability of success.

Many executives don’t understand the importance of culture as a competitive differentiator. A 2010 McKinsey and Conference Board survey entitled “Assessing cultural compatibility: A McKinsey perspective on getting practical about culture in M&A” reported that “50 per cent of executives said that “cultural fit” lies at the heart of a value enhancing merger, and 25 per cent called its absence the key reason a merger had failed. But 80 per cent also admitted that culture is hard to define.” People tend to avoid what they don’t understand, so it’s no surprise that cultural synergy and fit is overlooked in the typical M&A due diligence process.

When the case for a merger or acquisition is based largely on ‘crunching the numbers,’ ill-informed decisions tend to follow. Some are DOA and should never happen in the first place. Others are significantly over-valued, and when buyers pay unwarranted premiums, the odds of success declines.

All too often, integration is an afterthought. Evaluating the cost and complexity of integration is either underestimated or worse, not considered during due diligence. A good integration plan requires a clear picture of what success will look like, understanding the key stakeholders and their relative importance to success, engaging and mobilizing stakeholders, and dedicating sufficient and appropriate resources to the integration process.

Even if you do everything else well, execution is key. Many factors contribute to good execution, including a keen sense of urgency; a good, transparent accountability structure; clear priorities and expectations; clear roles and responsibilities; clear deliverables and measurable outcomes; and a process for effectively detecting and resolving breakdowns in a timely manner.

Nothing new here – it’s not rocket science. Why then, does this “cycle of insanity” persist? With the problems clearly identified and the solutions so obvious, how is it that businesses continue to engage in such senseless value destruction? We believe one a root cause is
failed leadership. Leaders are responsible for clarity, effectiveness, momentum, culture and value. Managing the numbers is certainly important, yet too many leaders tend to focus a disproportionate amount of their time and energy on financial performance and results. They pay for too little attention to the “fuzzier” things like culture and organizational health. Bestselling author Patrick Lencioni calls this as a “quantitative bias.” And given this bias, it is no surprise that financial and operational matters trump almost everything else in the typical M&A process.

How often have you heard executives refer to culture and other organizational issues as “that soft stuff?” Peter Drucker, the late, iconic business management guru stated that “culture eats strategy for breakfast.” And in his book “Who Says Elephants Can’t Dance” former IBM CEO Lou Gerstner said this about culture: “Until I came to IBM, I probably would have told you that culture was just one among several important elements in any organization’s makeup and success – along with vision, strategy, marketing, financials, and the like… I came to see, in my time at IBM, that culture isn’t just one aspect of the game, it is the game. In the end, an organization is nothing more than the collective capacity of its people to create value.”

There are myriad epitaphs of seemingly brilliant M&A strategies that made perfect sense on paper, and yet somehow, they failed. Quantitative myopia handicaps the M&A process. When things critical to success such as culture, leadership style, values, stakeholder engagement, integration planning and execution are minimized or ignored, the results are predictable. And tragically, the consequences extend far beyond destroyed enterprise value. Too often we tend to forget that organizations consist of real people. When a merger or an acquisition fails the collateral damage includes a tremendous human cost, and real people’s lives are damaged and sometimes destroyed.

Culture is a key differentiator in almost every organizational success story, including successful mergers and acquisitions. For sure, things like reducing overall costs, leveraging resources and optimizing processes are important. However, a successful merger or acquisition occurs when all stakeholders – employees, customers, investors and suppliers are better off because of the deal.

To be clear, being deliberate about culture and other organizational matters are not a panacea for making mergers and acquisitions succeed. However, when companies conduct comprehensive due diligence, effectively communicate with and engage stakeholders, and have the discipline to focus on deliberate, well managed integration planning and execution, the odds of success increase significantly.