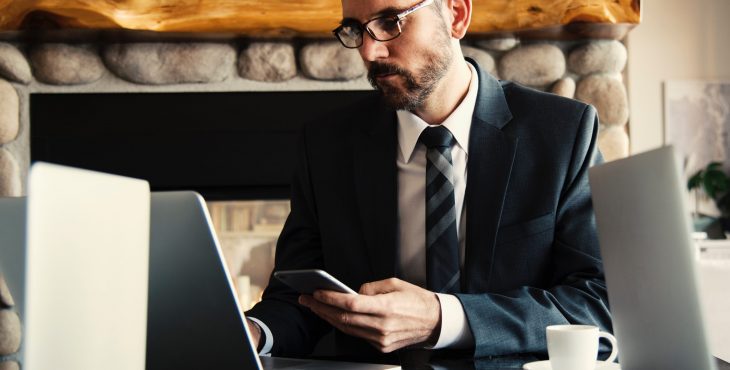 The following ten paragraphs are paraphrased from an article that appeared in the November 15, 2019 edition of Executive Grapevine. It is a startling observation and my commentary follows.

Paving the way, thinking ahead, positioning the company within its industry and ensuring that it’s shipshape and ready to take on its competitors; it’s a tough role, but for those with the right DNA, the rewards can be great.

But times change, and whereas once the historic CEO may have helmed the wheel of a company for decades – think Warren Buffett, Richard Branson and Bill Gates – now the average tenure of a CEO has shrunk to just five years, according to a recent Harvard study. In fact, outplacement firm Challenger, Gray & Christmas states that a massive 1,332 CEOs have stepped down this year alone. Why? Because in the modern business climate, the position is far more volatile than it’s been in decades – especially for those tasked with fending off the advancing oblivion of the retail market.

The personal and professional lives of modern CEOs are much like those of their celebrity counterparts. Every move they make is not only closely watched, reported on, and debated in the public forum, but it’s also weighed against the market share of their company and intrinsically viewed in the same light. It also puts the company themselves under pressure as the CEO is very much the face of that brand.

This means that when details emerge about a ethically questionable case, such as that of now ex-McDonald’s CEO Steve Easterbrook in which he – by all accounts consensually – conducted a romantic relationship with an employee of the company and therefore violated the terms and conditions of the McDonald’s policy, the brand had no choice but to ‘part ways’ with him.

However, Easterbrook is just one in a sea of other high-profile departures. On 7 November, Gap Inc’s CEO Art Peck stepped down after just four years in the role due to slumping sales. Before taking the role of CEO, he had worked for Gap for more than 15 years. Peck, who also relinquished his position on the brand’s Board, saw a steep seven per cent decline in comparable sales for Gap, and other losses across the company’s portfolio.

“On behalf of the entire Board, I want to thank Art for his many contributions to Gap Inc, spanning a nearly 15-year career with the company,” interim CEO Robert Fisher said in a statement, as reported by CNN.

“Under Art’s tenure as CEO, we have made progress investing in capabilities that bode well for the future, such as expanding the omnichannel customer experience and building our digital capabilities,” he concluded, declining to comment on why the move was made so swiftly, or why it would be ‘effective immediately’.

Just weeks earlier in October, both Under Armour and Nike announced similar departures for their CEOs Kevin Plank and Mark Parker within a few hours of each other. Days later, Barneys New York CEO Daniella Vitale also stepped down as the business was sold to the Authentic Brands Group.

It all begs the question if there is too much pressure on the person in this role.

With such volatility around the function, what effect is this having on CEOs? Well, the news isn’t great. A massive 60% of CEOs experience some form of heart trouble – including heart attacks – within their tenure according to healthcare provider Arabian Wellness. When the research was published in 2018, just 10.26% of those who had suffered a heart attack whilst in the role of CEO had survived. 35% of CEOs have high blood pressure, whilst 12.82% have diabetes and 23% have high cholesterol. Even worse, 82% of CEOs were found to be overweight and 56% of CEOs were taking some form of health medication.

There are no easy answers to today’s CEO dilemma. There is however a roadmap we’ve discovered that will most certainly help. The CEOs we’ve studied over the years have nine things in common that have enabled them to align and engage their boards and other stakeholders to build powerful cultures that deliver exceptional results. The architecture we’ve built to help leaders and organizations get and stay healthy is called Total Performance Leadership (TPL). Here are the principles:

Unified Leadership: A high-performing team, where trust, healthy debate, shared vision, accountability, and results orientation exists, takes a huge load off the shoulders of the CEO. Most leadership teams are not teams at all, rather a collection of individuals who often compete for position, airtime, and resources. Transforming a group of talented individuals into a unified team takes work process, patience, and commitment.

Disciplined Hiring: Using disciplined hiring practices and employment brand building to identify, attract, engage, and retain top talent is key to an organization’s ability to assess cultural fit, and deliver exceptional results. Following proven time and battle-tested hiring processes at every level ensure screening out B and C players in favor of A players, and align the right candidates around cultural fit, personal and professional attributes and performance expectations.

Leading with Purpose: Harnessing the power of purpose, inspiring stakeholders & delivering exceptional returns. While some may call it mission, purpose is separate and overarching in most TPL companies. Less than 5% of organizations overall operate with a clear sense of purpose. TPL companies like Quik Trip, Southwest Airlines, Koch Industries, and Nordstrom engage their workforces, especially millennials, with a purpose greater than just making money. Purpose driven organizations outperform their peers. The data is irrefutable.

Stakeholder Engagement: Fulfilled, collaborative employees who are committed to the company’s objectives. According to Gallup, the American and Global workforces are 70% and 90% disengaged. The best performing organizations in the world have substantially all their employees working hard toward the organization’s objectives. The right values, vision, mission, strategy, and big, hairy audacious goals are necessary for workforce engagement. Acknowledge performance, build team spirit & enable shared learning. Ultimate success is not a linear process. Individuals and teams benefit by celebrating the first downs, not just the touchdowns.

Clarity in Everything: All stakeholders, including shareholders, employees and providers, understand the company’s strategy, know where the organization is going, how it will get there, and their role in making it happen. Clarity is necessary to perform at optimal levels. In organizations with great clarity, communications are delivered so that constituents believe that their leaders know where they are going, believe what they are saying, and are connecting effectively with their needs and desires.

Customer Experience: Relentless customer commitment, anticipating needs, and creating raving fans that tell great stories about you is the objective. Optimal performance requires a relentless focus on the total customer experience, not just reducing defects. Branding is about how your customer feels about you. Experience is about how they feel about themselves as they interact with you. Strategies that don’t begin with the customer in mind tend to underperform. Those that lose sight of the customer will likely cease to exist.

Cost Leadership: Remove it where the customer can’t feel it. TPL organizations remove as much cost as possible, being very careful not to affect the customer experience. Southwest Airlines, HEB, Quick Trip and Koch Industries do it extremely well, by removing costs from supply chain, building costs, and employee turnover. Top performing companies do not take cost out of the business by removing service and benefits from customers and stakeholders.

Ahead of the Curve: Healthy paranoia, never take success for granted, always push for improvement. 88% of the Fortune 500 companies in 1955 are extinct. Arrogance, inaction, and unawareness are the three of the biggest killers of modern-day businesses. Once an organization’s leaders think they’ve arrived, they’ve begun their decline. Global business is moving and changing at a dizzying rate and all who don’t pay close attention run the risk of extinction.

The CEOs we’ve examined over the years have systems to ensure that all these principles are at work in their organizations. They may not necessarily identify with our vernacular, but more often than not, the principles are at work. Read more about Total Performance Leadership Announcing the Launch of our Organizational Health Index _ AllenAustin.com here.