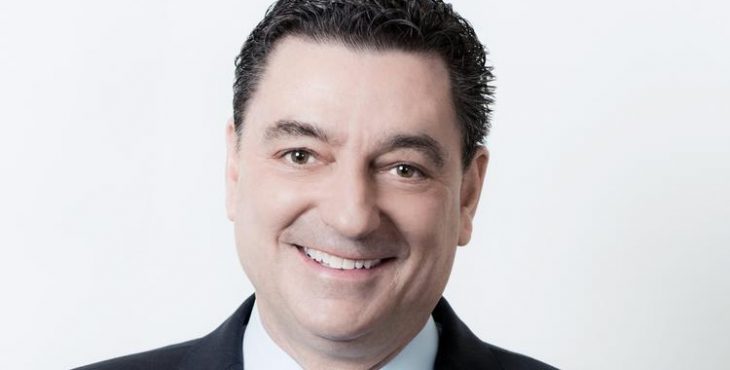 A Fabulously Successful CEO weighs in on Total Performance Leadership

For some time now, when speaking with a potential new client, I’ve made it a practice to work our study around Total Performance Leadership into the conversation. I do this because TPL embodies everything in which we believe here at Allen Austin; and because this type of icebreaker has become a litmus test for me. I’m not trying to do business with everyone I meet, rather trying to engage with people who believe what we believe. It has been my experience that when the TPL dialogue resonates, chances are excellent that I’ve made a great new friend and business colleague.

We don’t fill seats or deliver leadership products in a vacuum. We help clients identify, attract, engage, retain, and develop top talent, enhancing their lives and their effectiveness. If someone is looking for a vendor, we’re probably not interested. Doing good work that sticks, and adds real value, requires a relationship, clear contracting, and alignment. When we met Eric Claus, the former CEO of Save a Lot, we knew instantly that we’d found a new friend.

Eric Claus joined us for his second call to weigh in on TPL, after having had a chance to study TPL and a few of our stories. He began by saying he was really drawn to the theory and strategy behind the study, dialogue, and architecture.

“It’s exactly how I think. I almost feel like I am one of the team that wrote the principles of TPL, as they are exactly what I have always adhered to. The first thing that caught my eye was TPL’s approach to purposeful hiring, which is where it all starts. This is the most amazing hiring models I’ve seen. Throughout my career I have been drawn to problem situations that required major change, to achieve turnaround and success. In almost all cases, I found leadership to be the problem. It all starts with people and culture. This is what so many PE and other firms miss when taking over or managing a company. Great numbers are almost always delivered by teams that have vision, concept and a real people culture, one that is inclusive and demonstrates genuine caring and respect.

It doesn’t start with financial statements; great financials are the result of great teams. I have always been amazed, when taking on a new company challenge, at how many talented individuals have been silenced and put in a box, where their initiative and creativity has been stifled. I have been equally amazed, particularly by PE firms, at how quickly they can also destroy a good company by not embracing the most basic people and listening skills. What TPL professes, and I’m testament to its success, is that when you inclusively develop a path and a vision and embrace the nine managing principles with all your stakeholders, it can only result in financial and human success. Doing what’s right for the company, means respecting and empowering your teams in order to engage them, and over deliver on customer expectations. That mindset and culture will drive superior performance and deliver the end game that most investors are looking for.

When Jim Sinegal, the founder and CEO of Costco, was managing through the great recession, he committed to maintain his staffing levels, and his best pricing policy for his customers, knowing full well that his short-term profitability would suffer. He had vision and courage and knew that in the end it would pay off, and it did.

Driving performance through people and culture makes all the difference in the world. I love the case study of QuikTrip, because of the way Chet Cadieux thinks, is the way I, and all exceptional leaders, think. I admire the way Chet spends time with people in his stores, and not just the managers. I believe in going to the cafeteria with all the rank and file employees and having lunch with them. That’s where the rubber meets the road.

I’m always amazed at how many leaders completely miss the simple little things that make associates want to work for a company and how insensitivity can completely disengage what should be motivated and engaged associates. That’s one very big reason that the TPL check up is so critically important. As busy as we all are, it’s easy to think all is well, while we’re doing things to our cultures we are completely unaware of.

A perfect example of this is my youngest son’s employment situation. He was working for a large big box U.S. based retailer in Canada. They were anticipating an announced visit from the new company CEO from the U.S. They were very excited about the upcoming visit and had the store all polished up. When the CEO arrived for his store visit, he didn’t acknowledge any of the rank and file employees. He actually leaned across a woman working at a checkout, without acknowledging her, in order to shake a manager’s hand. My son and the other rank and file associates who had all worked so hard to prepare for the visit and were all so eager to meet the new boss, were completely disappointed, discouraged and instantly disengaged. The new CEO missed a golden opportunity to engage the team, especially so that talented young people want to work for the company and move up the ranks. If senior leaders understood how much engagement one can get from of a workforce, simply by managing inclusively and respectfully, I think that you would find much less bad behavior. Talking to and showing interest in people on the front lines matters.

Lastly, I’d like to share with you one of my favorite quotes from Michael Jordan, “talent wins games, teamwork and intelligence wins championships”

Eric Claus is an accomplished CEO with 20 years’ experience in that role. He is an internationally, multilingual experienced entrepreneur and executive with a solid record of accomplishment of turnarounds and transformations in the retail and wholesale sectors. Comfortable in hard, soft and food lines, with a talent in concept development, spanning from the high end, to value propositions. A non-bureaucratic leader with an eye for good people, always inspiring the loyalty and respect of the troops. A record of accomplishment that boasts consistent delivery of top and bottom line results. An executive with a conceptual mindset that takes companies out of the middle. Eric is a superstar by anyone’s definition.

Eric was hired by SuperValu in 2015 as CEO of Save a Lot, a $4.5 billion retailer with 1,400 corporate and licensed stores operating in 37 states and the Caribbean. His mandate was to stabilize the company, create and lead with a new strategic vision, all with a view to sell the company, and transition it to private equity players. Eric led the company through the sales and marketing process (realizing $1.4 Billion USD). He then oversaw the separation process from its parent, while ensuring a successful and smooth transition to the new private equity owners. Under Eric’s leadership, all this was accomplished in 16 months.

Prior to Save a Lot, Eric restructured Red Apple Stores, a 167-store value oriented general merchandise chain, cleaning up the balance sheet, shedding non-strategic and unprofitable stores for its new owners, BlackRock Kelso (NYC), with a view to stabilizing the business for a future profitable exit.

Eric served on the board of Rona, a Canadian $4.5 billion public retailer/wholesaler operating in the big box home improvement sector. Appointed by Invesco Trimark to spearhead a change in management and strategy. Instrumental in the sale of the company to US Home Improvement giant, Lowes Inc., doubling shareholder value in less than three years.

Eric served as President and CEO of The Great Atlantic & Pacific Tea Company (A&P – $10 billion publicly traded retailer on the NYSE from 2004 – 2009 and was the first CEO in two decades to consistently improve top and bottom line results every year. He did so by developing a very creative strategic plan, transformed the company from a banner driven conventional retailer to a format driven and focused company, including Discount, Price Impact, Fresh and Gourmet. Eric significantly changed the company’s historic trends and grew top and bottom line consistently 4 years straight (grew EBITDA by $218 million between 2004-2008), successfully divested of all non-core market assets, and acquired and integrated an in market $4 billion supermarket chain.

As President & CEO of A&P Canada from 2002 to 2005, managed the $4.4 billion supermarket chain through turbulent times while achieving record profitability and spearheaded the sale of the company for $1.7B to Metro Richelieu, a Quebec based food retailer.

As CEO of CO-OP Atlantic, from 1997-2002, a $500 million regional co-op with operations in supermarkets, feed-mills, poultry processing, gas bars, senior’s housing and home heating oil operations, steered the business from the brink of bankruptcy to sustained profitability, creating a “buy local” strategy that created sustainability by integrating all facets of the business from feed to poultry to supermarkets and gasoline.