Written by Rob Andrews, with paraphrased content from The Abilene Paradox by Dr. Jerry Harvey.

In last week’s blog post, we introduced Jerry Harvey’s concept of the Abilene Paradox – those situations where everyone knows they’re headed in the wrong direction, but nobody points it out. Each person assumes, incorrectly, that they are the only one with a desire to change course. Each person, afraid of rocking the boat, gives in to what they think is the majority opinion. This leaves the actual majority opinion unsaid.

According to Jerry, the most prevailing issue in modern organizations is not the inability to manage conflict. Rather, it is what he calls “an inability to manage agreement.” In my opinion, the jury is still out on which problem causes more chaos. But it is undoubtedly true that agreement management is a necessary skill for any unified leadership team. This week, I want to share the symptoms of poor agreement management – the building blocks of every Abilene Paradox – and stress the importance of preventative treatment.

As an example of how these characteristics show up in real life, I’d like to share the story of National Convenience Stores.

I worked for NCS from 1984 to 1991, when they were the third largest convenience store operator on the planet. For much of that time, I led their largest operating division, 516 stores that stretched between El Paso and West Palm Beach. It was a fantastic job which I thoroughly enjoyed, and I still enjoy many relationships that were forged during that time. We had great locations, great facilities, great executive talent, and a pretty decent strategy. Certainly, we had great potential … more of which would have been realized had it not been for our repeated trips to Abilene

The CEO I worked for was one of only two people to preside over NCS during its 36-year history. He was one of the most capable men I’ve ever known. I will always be grateful to him for the tremendous opportunities he afforded me. He was, however, prone to trips to Abilene for several reasons.

Notably, he didn’t particularly like the C-Store business and didn’t appreciate its fundamentals. Like the leadership of many companies, NCS leadership was comprised of extremely bright, exceptionally talented individuals. But they were not a united team, and they were not skilled at managing agreement. This lack of unity led NCS along on three particularly long and costly trips to Abilene, each of which could have been avoided.

The first long trip to Abilene during my tenure took place between 1984 and 1986. We opened approximately 150 “Hex” stores during that time, many of which were opened on ill-suited properties. Hex stores were large, hexagonally shaped stores with huge gasoline instillations designed and built to attract women and older shoppers. The stores were very successful when built on the right real estate.

The problem was a commitment to open 50 new Hex stores in 1986, when most of the available sites were intended for smaller conventional stores. It has been well documented that no one on the senior leadership team wanted to build these larger stores, which cost twice as much to build and operate as a conventional unit. But the CEO had made a public commitment, and the stores were built, resulting in millions of dollars in losses. By 1988, all senior leaders said they wished they had been more vocal in dissuading their CEO from building Hex stores on conventional store sites.

The second trip was in 1988 when a new Vice President of Marketing conceived a consumer promotion, still lamented 30+ years later as “The Black & Decker Debacle.” The promotion was meant to build customer traffic by issuing a ten-spot punch card. Customers would receive one punch for an eight-gallon fuel purchase, and double punches for purchasing premium gasoline. When customers had saved up ten punches, they received a Black & Decker product with an average cost of $20.

Two senior operators voiced concerns that the margin on fuel purchased on each card could not exceed $8, so the average loss to the company would be $12 per card. The 16-week promotion went forward and was abruptly discontinued after 6 weeks at a cost of $9 million and the loss of substantial customer loyalty. A postmortem revealed that several senior leaders felt uneasy about the promotion, but were reticent to voice their opinions because the enthusiasm levels were so high, and due to their desire to support the new VP of Marketing.

A third and even more costly trip to Abilene took place in 1989 when a new Vice President of Advertising championed a major initiative around “Great Sandwiches,” designed to energize NCS’s Houston customer base, where it operated 500 stores. The playbook called for 430 retrofitted checkout counter sandwich cases, a new $3 million commissary, and a fleet of delivery trucks with “Great Sandwiches – Made Fresh Every Day!” plastered on all sides.

Now the pesky details: The average store sold six sandwiches a day prior to launch, at an average retail of $.99, or a little over $2 in 2020 inflation-adjusted dollars. Breakeven on “Great Sandwiches” was 40 sandwiches a day at $5, or a little over $10 in inflation adjusted dollars. This grand scheme was discontinued after less than a year at a total cost of over $12 million, having been challenged at its inception by few and buoyed by the tacit support of a skeptical – but silent – majority. Those few who voiced concerns still lament this painful trip to Abilene, and wish they had been more vocal in expressing their misgivings.

In the rear-view mirror, these trips are almost comical. In real time, they were unbearable. They had significant negative impact on the organizations’ financial health. In a company that generated $25 million in cash flow during its best year, these three trips to Abilene conservatively cost the company over $30 million.

If this material causes you to think there may be some of the Abilene Paradox at work in your organization, we’d love to help. Give us a call. 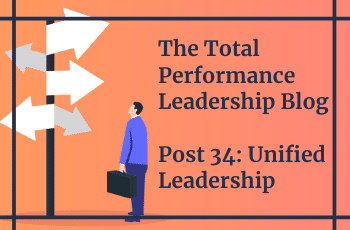 Allen Austin recently completed a retained search engagement for ARCHER SYSTEMS, LLC with the selection of Alex Blacutt as Vice President of Lien Operations, based in Austin, Texas. Mr. Blacutt brings over 18 years’ experience in successful business process transformation, change management and cross-functional collaboration. He is an Industrial Engineer, graduate of the Franz Tamayo University, Bolivia. He is certified Agile Scrum Master, Six Sigma Black Belt, and Lean Practitioner with an MLC from University of Texas, Austin, TX.

Robby Avery, Archer Systems’ Chief Executive Officer, stated, “We are delighted to welcome Alex to the Archer Systems family. He will play a critical role in the continuation of our strategic expansion plans.” 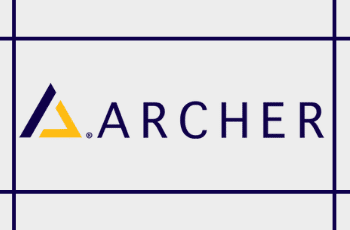 Allen Austin recently completed a retained search engagement for Lexitas with the selection of John Baker as the new CIO, based in Houston, Texas.

Mr. Baker brings over 23 years of extensive experience as an IT leader, developing and executing technology visions, strategies and plans for global organizations. He holds an MBA from Rice University – Jesse H. Jones Graduate School of Management and a JD from the University of Houston Law Center.

Gary Buckland, Lexitas’s Chief Executive Officer, stated, “We are delighted to welcome someone with the experience and career accomplishments as John. He will play a critical role in the continuation of our strategic expansion plans.” 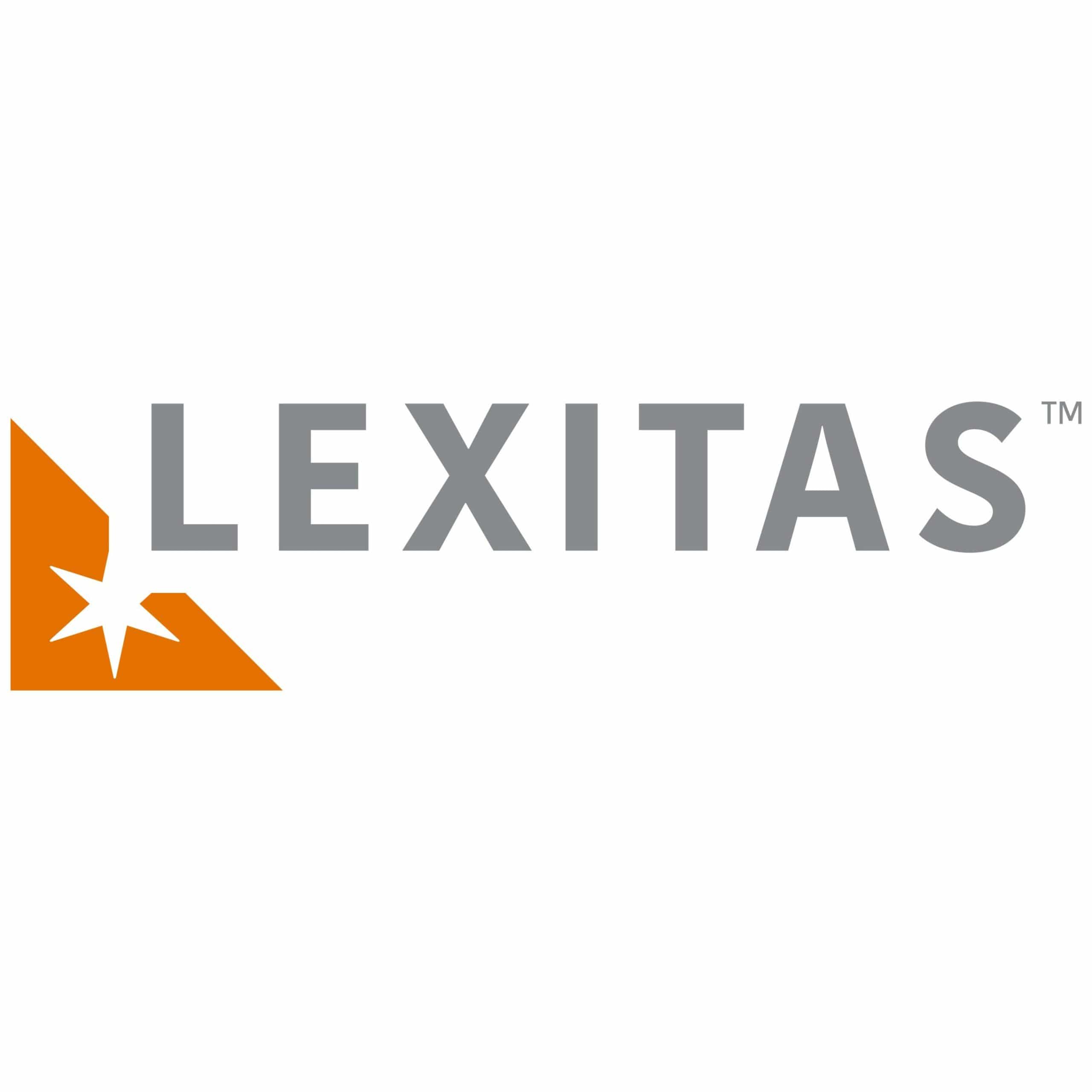